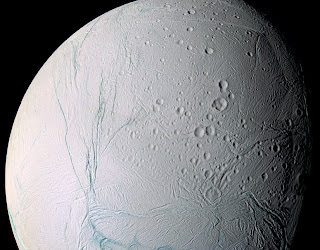 New data from NASA's Cassini spacecraft indicates one of Saturn's moons, Enceladus, may have a fizzy ocean capable of harboring life.

The findings could explain the vast icy plumes of water that spray into space through fissures -- known as tiger stripes -- on the moon's frozen surface.

"Geophysicists expected Enceladus to be a lump of ice, cold, dead and uninteresting," lead Cassini planetary scientist Dennis Matson from NASA's Jet Propulsion Laboratory in Pasadena California said.
Instead scientists have recently discovered the moon is covered with geysers shooting plumes of water vapor, icy particles and organic compounds.
Matson says many researchers viewed the icy jets as proof of a large subterranean body of water.
Pockets of liquid water with temperatures around 0 degrees Celsius (32 degrees Fahrenheit) near the surface could explain the watery plumes.
Cassini's instruments detected have carbon, hydrogen, oxygen, nitrogen, and various hydrocarbons in the gas plumes.
In 2009, the spacecraft's cosmic dust analyzer found sodium and potassium salts together with carbonates locked in the plumes' icy particles, strengthening the underground ocean hypothesis.

The latest Cassini measurements have detected temperatures around the fissures as high as -83 degrees Celsius (-117 degree Fahrenheit), which Matson says are high enough to be volcanic in origin.

"Heat must be flowing from the interior, enough to melt some of the underground ice, creating an underground waterworks," says Matson.

He suggests the water is finding its way to the surface because it's full of dissolved gases.

"Since the density of the resulting sparkling water is less than that of the ice, the liquid ascends quickly up through the ice to the surface. Most of the water spreads out sideways and warms a thin surface ice lid about 100 meters (328 feet) thick".

"But some of it collects in subsurface chambers, builds up pressure, and then blasts out through small holes in the ground, like soda spewing out of a can you just opened."

According to Matson, the remaining water cools and percolates back down to replenish the ocean and start the process all over again.

Because Saturn's powerful tides cause the shape of Enceladus to change slightly as it orbits, Larry Esposito from the University of Colorado says localized tidal flexing could be generating the interior heat driving the hydrology.

"Flexing motions generate heat, like the heat you feel in a paperclip when you rapidly bend it back and forth," says Esposito. "Internal friction generates the heat which then warms and melts the ice."

"We know it has a liquid ocean, organics, and an energy source. And to top it off, we know of organisms on Earth in similar environments," he says.

He says Enceladus is too small to retain much heat the tidal heating hypothesis doesn't explain the flexing concentrated around the south pole where the tiger stripes are.

"The cause of such localized heating isn't fully understood," says Prentice.

Rather than a large subsurface ocean, he says it's more likely to be a large warm underground lake.

view some of the images of the above article 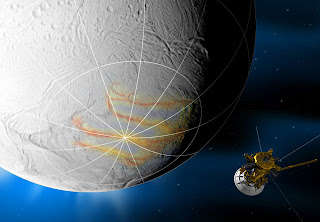 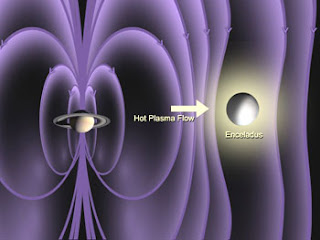 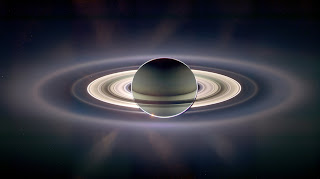 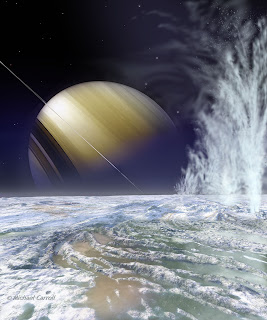 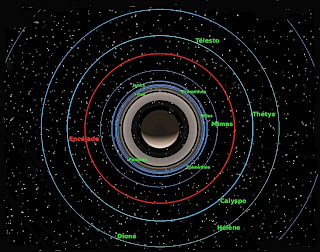