Visakhapatnam the past green city

Posted by Leevenspark team Venu Gopal Vegi on May 23, 2015 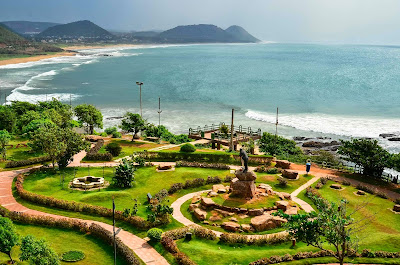 Visakhapatnam is one of the beautiful city in the coastal india, it is having a name called as the GREEN CITY OF INDIA which is having the different features that are related to the environmental views and different natural features that is protecting the coastal vizag from different types of cyclones from the past few years. From the year 2007 to 2014 the pollution was gradually increased and the coastal land drowning is very faster. on 1st january 2015 the land erosion to the costal part was affected and damaged the roads and every year of the damage level was increasing.

Scientists and Professors of Andhra University are saying that the total damage to the coastal region is very high as they are warning to the industrial people and to the government about the present condition from the year 2005. They said that due to the present condition of the visakhapatnam the total ecological imbalance is taking place and they are expecting the frequent cyclones in the coastal regions, if heavy construction and industrial

Due to the industrialization in the coastal states the pollution and the new ports that are introduced into the coastal regions are damaging the sea site in a very high level.

the usage of petrol vehicles and transportation vehicle have being increasing very and this is effecting the health issue. some of the cases are like the bronchitis and lung problems.
The government is taking more steps, but all of them are in proposal and the implementation is not going. As the people are waiting for a loner period of time the process has being more slow due to the effect of the HUDHUD cyclone.

As the temperatures are going very high by touching to 45 C in Andhra and telangana in the initial stage and the expected deaths can be increased to 200 people. currently the green belt which was completely gone due to cyclone.

Issues from all the streams the getting more critical and in this critical conditions the Andhra Pradesh Government as to provide more development steps in Renewable energy resources and the encourage the Startups in this sectors.